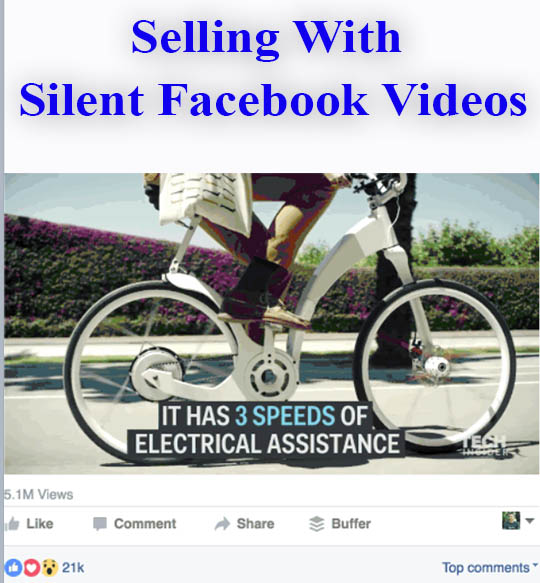 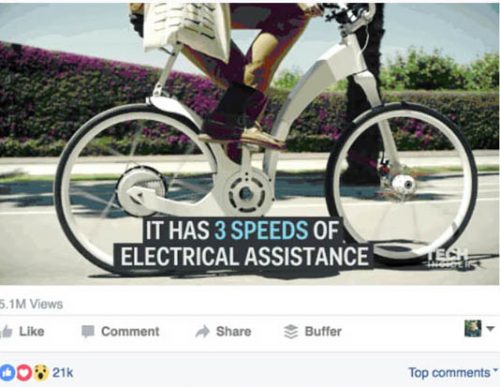 Every day some 8 Billion videos are viewed on Facebook, but most of them are viewed silently. As you probably know, video on Facebook plays automatically, but the sound is off by default. And most people really do not want to turn the sound on. So if you’re trying to promote anything with a video on FB, you’d better have some clear text or captions. Of course your video can also have a great audio track, it’s just that you can’t rely on that to get the message across.

For Facebook and Instagram, viewing just 3 seconds of a video of any length is considered a view. For YouTube, it’s about 30 seconds. YouTube doesn’t publish a definite number. The first three seconds are vital. If your video doesn’t grab viewers then, you’ve lost them. Here’s an example of how to get a message across without relying on a sounds track.

The video has a message at the very beginning – “Taking Tylenol Could Make You Less Empathetic,” followed by text explanations. What a change. Ever since talkies (films with sound) took over, audio was considered to be way more important than video, but when it is paid video ad intended solely for Facebook, the rules are different.

Measuring the performance of campaigns on a cost-per-view basis, YouTube comes in at a lower price than Facebook, according to Nick Pappas, CEO of SwellShark.