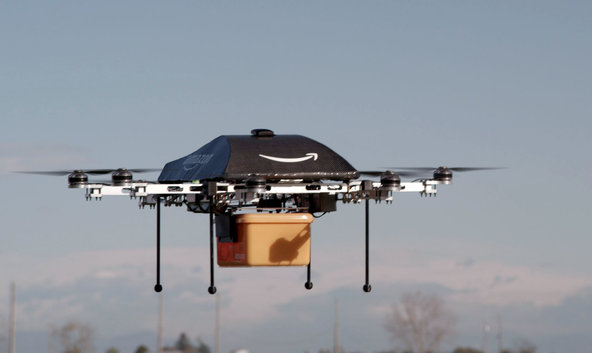 Amazon CEO, Jeff Bezos, first publicly announced that they had plans to make deliver customer orders by drone. This was in an interview by CBS’s 60 Minutes in December of 2013. There were a lot of jokes and few took it very seriously. The statement was written off as showmanship. But on July 11 2014, Amazon filed for permission to test its drone delivery system.

The practice has been banned by the Federal Aviation Administration (F.A.A.) for safety reasons. Amazon is filing for an exemption based on what it calls “enormous consumer benefits”. The drone delivery service is called Prime Air.