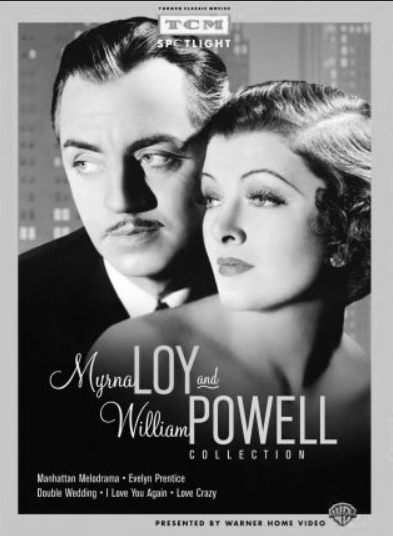 Evelyn Prentice is a 1934 film starring William Powell and Myrna Loy, and featuring Una Merkel and Rosalind Russell in her film debut. The movie was filmed between the original Thin Man and the first of its sequels. The Thin Man series is comedy-mysteries based on the novel of the same name by Dashiell Hammett. The American Film Institute named The Thin Man one of the great comedies of the previous hundred years of cinema.

William Powell and Myrna Loy, a clever script, the beautiful black and white cinematography, wonderful music and the luscious Kodak film stock make Evelyn Prentice a thoroughly enjoyable film. I found it as a disk on Netflix. There are clips from this film on YouTube, but the YouTube compression seriously detracts from the beautiful black and white cinematography. Better to see it on disc.

Click below to check out the DVD on Amazon: