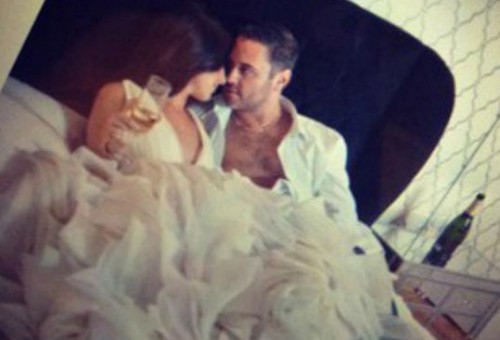 Monica Nickchemny and her father, David Nickchemny, claim they paid $12,750 to Vizualaz LLC to produce a documentary of her traditional Russian Jewish wedding on September 2012 at the Crystal Palace in Livingston, N.J.

Visualaz is run by Igor Boshoer and his wife Valerie Boshoer. He has a number of Hollywood credits for visual effects including “The Wolf of Wall Street.”

The wedding videographers are accused of missing some key elements of the wedding including the the couple signing their marriage contract and various toasts.

The bride and her father also claim that Vizualaz did not record good audio of the ceremony, the guests’ applause, and the tradition of the groom breaking the glass with his foot. The filmmakers are accused of dubbing in applause from a TV sitcom and using other sounds to cover their missed audio recordings.

The lawsuit claims that a year after the wedding, the bride received an unacceptable finished product which ran 50 minutes, but did not have a beginning, middle and end.

In a traditional Russian wedding, the couple often films a fictional story about their romance. This is shown during the reception while guests are seated. Vizualaz had proposed a story where the groom is a transvestite who tries to get a job at her family’s shop. But the couple objected to the plot saying it was a disrespectful joke.

When the couple asked to see the fictional love story video the night before, they claim Vizaualaz objected and threatened not to shoot the ceremony.

“To threaten a bride with not having a wedding video the day before the wedding amounts to extreme and outrageous conduct,” the lawsuit says. For more information read the story in The NY Daily News.