Back Up Early & Often 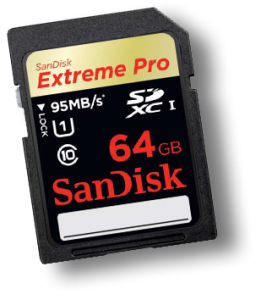 We live in a “fast” society. I laugh every time I see the new AT&T 4G LTE ads on television with the two guys at the football game– who are so far ahead of everyone else because of their super-fast mobile broadband… “you guys know how to post VIDEOS to Facebook?” That’s soooo 23 seconds ago.

But what do we archive all our media?

Drive connect standards seem to change every couple years, SCSI, then IDE, then ATA, then SATA. Did you save a backup of your source files onto external Syquest or Bernoulli drives? Then 1.4 MB “floppy?” Then super huge (at the time) Zip drive? Then Jazz drive? Then to external CD-R disks? Then DVD-R disks? … It used to be that you could save the camera tapes for the original footage, but in the age of flash media, the cards get reused quickly. Nobody is going to put a $650 64GB P2 card

on the shelf as an archive. The footage moves down the chain like water down the stream. But where does it end up? Where do you put it to archive it?

This tape, from 30 years ago, still plays fine.

I recently had an exchange with a fellow producer and he related this story to me:

Now, I’ll try to spring for a different break out box for my client’s aja card that allows for composite in. Will transfer it to a hard drive. The footage was from a stillborn doc. Might be able to sell it to the principals in it for their use. 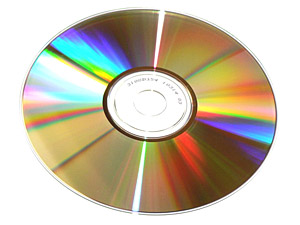 Do you trust optical media for your archives? I don't.

I have DVD-R disks that were unplayable in less than 5 years. Fellow producers were hampered by CD-Rs that were unreadable in less than 10 years. Hard disk drive interfaces change regularly. What format will you store your media on so it plays back in 30 years? The answer is that you have to keep moving it forward & updating it. It is an ongoing process, not something you set & forget.

I have a special interest video series where the music was composed in Mark of the Unicorn’s “Performer” and saved on 3.5″ “floppies.” MoTU still makes this music software and the original music files can be updated. But it took some doing to find a 1.4 MB floppy drive to transfer the music project files. I still had an old Mac OS-9 laptop that could read the old disks. So I borrowed a Sony USB floppy drive to copy the files to a USB stick. But the second floppy wouldn’t read. I had a hunch it was an 800k floppy and reached out to some compatriots who I thought might be able to help me.

To make things even MORE difficult, it turns out that my PTPro’s floppy drive does not work after all. I had one more old computer to fall back to and it was the one that worked. I have an old Power Computing PowerBase which has a working HDD floppy drive. After reconnecting the Mac SE’s HD to it, I was finally able to make an HDD floppy for you, this time on OS 8.6.

In case you had forgotten (I had), you can’t make a disk copy (clone) of an 800k disk onto a 1.4MB floppy. You have to simply copy the files themselves from one disk to the other. So that’s what I did. Both the original disk and the HDD disk are packaged and will soon be mailed back to you.

I now have all my original Performer files and I am currently looking for composer/musicians who can help me update the files with new voices so the music sounds fresh and polished for today— not limited by what was available 16 years ago.

So check your “archives” now. Load those disks. Try to read/copy the media to current drive technologies. Because old formats don’t die, they just stop working without telling you. Plus, you may not feel your source material is so valuable right now, but it may be very valuable 10, 20 or so years from now.