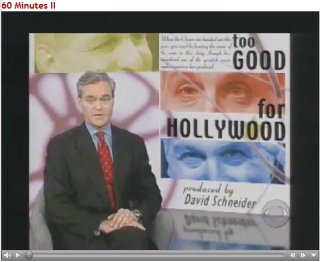 Film critic Roger Ebert says that Morris ranks alongside directors like Hitchcock and Fellini. “He’s like a magician. You’re looking at the left hand which is the subject of the film and the trick is being done over here (on the right hand). When the film is over, you realize it is about a lot more than you thought it was and it’s about a different subject than it seemed to be. You think the film you’re watching is about one thing, but the trick is it’s about something else.”

Morris’s first film, “Gates of Heaven” is on Ebert list of the ten greatest films of all times. It’s about two pet cemeteries and as Ebert says you can’t get to the bottom of it. You can can’t decide if it’s a comedy or a tragedy. It’s available on Netflix and other places. From Netflix you can get an instant download or a DVD in the mail. Your assignment is to watch it and post your comments here.

Morris has a very interesting way of doing interviews. He prefers to shut up and let the subject go on without interruption. The subject feels compelled to fill the silence. As Morris says, “People want to tell you their story. If you let them talk, they will reveal to you who they really are.” He was granted a MacArthur Fellowship also known as a “genius grant.”

His films are collections of revealing monologues. They have no narration.

His interview technique is unusual. He has the subjects speak directly to the camera, as opposed to speaking to the interviewer who is slightly to the side of the camera. Morris uses a teleprompter-like device he created, the Interrotron. This devices shows the subject the interviewers live face via a monitor directly in front of the lens. The result is that the subject has a conversation directly with the audience. 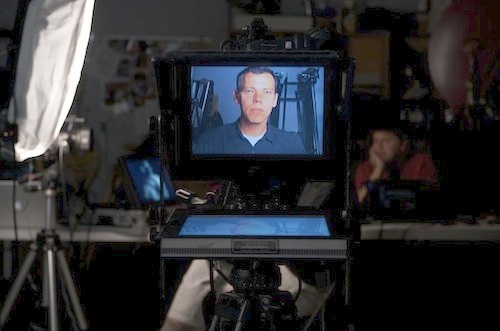 Some of his other films include:

The Fog of War, a profile of former Secretary of Defense Robert S. McNamara, received the 2003 Academy Award for Best Documentary Feature.

The Thin Blue Line is about a man on death row in Texas convicted of murder. Morris’s interviews and re-enactments revealed that the key witnesses against Randall Adams had lied. After the movie was released, Adams was cleared of the charges and released.

Standard Operating Procedure explores the meaning of the photographs taken by U.S. military police at the Abu Ghraib prison in late 2003, the content of which revealed the torture and abuse of its prisoners by U.S. soldiers and subsequently resulted in a public scandal.

Errol Morris has never made a living from his films. He supports himself directing commercials for clients such as Levi, Honda, and Miller beer. His Miller Time commercials
were beloved by many. Here is one of my favorites: Miller time – 5 O’Clock Shadow.

In 2003, The British newspaper The Guardian put him seventh in its list of the world’s 40 best directors. Morris says he needs to make movies. It’s his way of finding out about the world.