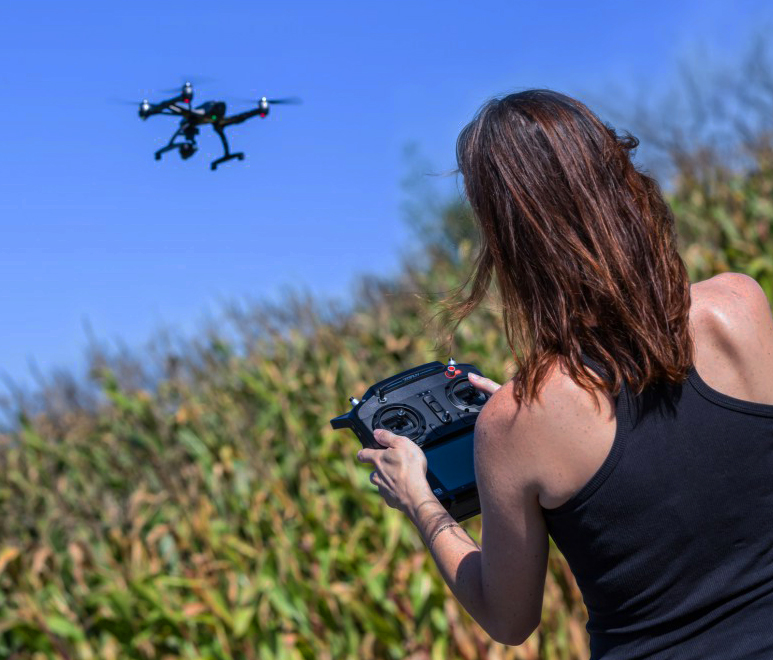 The percentage of women who are FAA-certified drone pilots in the US is less than 5%. The percentage of female drone pilots who fly recreational drones is probably much higher. To support and encourage women who fly drones two women have launched Women Who Drone (https://www.womenwhodrone.co/). Elena Buenrostro and Laura Chukanov set out to create a community where female drone pilots, photographers, and videographers can meet, blog and learn from each other. The group offers workshops, online lessons and other educational resources. It features some great photographs from hundreds of women. The site also has a database of female photographers and videographers whose work can be licensed through Getty Images. The group recently celebrated its first anniversary at DJI’s New York City location.

Their blog at https://www.womenwhodrone.co/blog-1 features such posts as one about Coffee Copters which describes the movement to deliver coffee by drones inside office buildings; Another post profiles a female photographer in Stockholm who takes a drone on her travels including oceans views, but cautions she know many people “who have lost their drones to the ocean.” She says she did not know any other women who flew drones until she joined Women Who Drone. Another post explores the future of aerial entertainment including Drone Light shows See 1,000 Drones Make TIME’s New Cover.

There are a growing number of women-owned blogs and websites devoted to the art and science of drones. Another organization devoted to women and drones is www.womenanddrones.com.