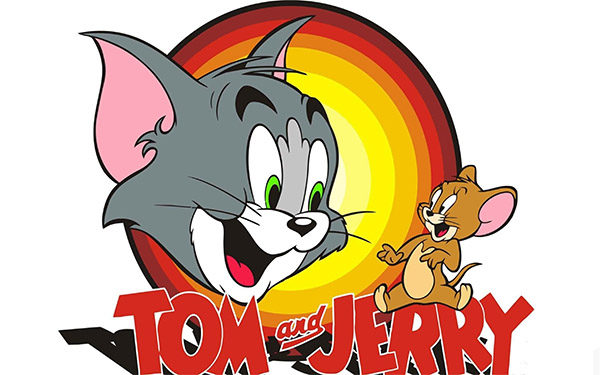 This fun, rollicking music is from the Tom & Jerry cartoons by MGM in the 1940s and 1950s. This is a mixture of the music from eight different cartoons: Smitten Kitten, Sufferin’ Cats, The Framed Cat, Cat Fishin’ Just Ducky, Jerry and Jumbo, The Cat Comes to Dinner and Mouse for Sale.”

The John Wilson Orchestra performed this great cartoon music in London’s Royal Albert Hall. Scott Bradley composed and conducted music for MGM cartoons and many other cartoon producers. Previously, Bradley had been a staff musician for Walt Disney.

As you will notice in the above music piece, there are fragments of popular songs. I recognize a bit of The Trolley Song from the Judy Garland 1944 musical “Meet Me In St. Louis.” Many other music scores for animation also borrowed bits of popular songs.

Scott Bradley’s scores for cartoons became musically complex at one point employing the twelve-tone technique created by composer Arnold Schoenberg. This technique was used in the 1944 Tom and Jerry cartoon Puttin’ on the Dog. As Bradley said I hope Dr. Schoenberg will forgive me for using his system to produce funny music, but even the boys in the orchestra laughed when we were recording it.

Bradley was proud in what he called his funny music.

To explore another side of music and film see the Influence of Music Videos as they affect the art of editing.