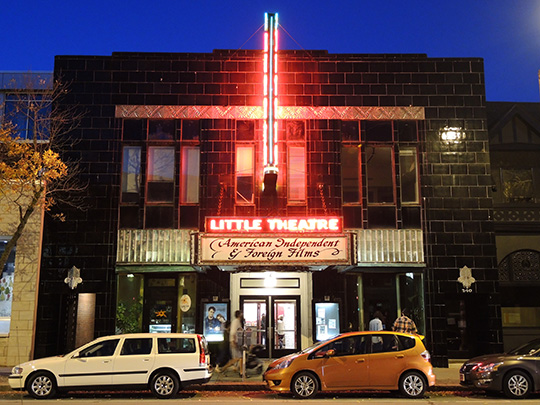 The movie house business is in dire straights due to the Covid pandemic. Movie theaters have long been fighting fierce competition with razor thin margin. Those indie movie theaters that specialize in smaller independent and foreign films have an even tougher fight for survival. But this niche business of art houses may have found a way to beat their big box counterparts. These indie movie theaters also called art houses, independent theaters or micro cinemas typically screen low-budget, foreign language, documentary and experimental films.

One small theater found a winning strategy. The Avalon theater’s programming director, Andrew Mencher found a way for his movie clientele to watch a movie through a digital link on the Avalon’s website. Avalon split the ticket sales 50/50 with Oscilloscope, the film’s distributor. They sold 1,100 virtual tickets over the film’s five-week run. These ticket sales were mostly to the 10,000 people on the theater’s mailing list. See Video and Film Distributors.

The movie was a small independent film called “Saint Frances” which rates 98% among critics on Rotten Tomatoes. It had played in the physical theater just for one day before the virus closed the theater. Then Mencher came up with his idea of selling digital links to the movie that viewers could watch from their homes. Those ticket sales of 1,100 over 5 weeks is nothing to a big theater, but to a small indie theater they are the difference between survival and bankruptcy.

Other theaters are following suit. One theater also started selling large tubs of popcorn curbside. As much as we all mourn that great thing – the movie date in dark large screen theater with overpriced popcorn which is the most profitable part of running a movie theater business. According to one movie chain ticket sales are just barely profitable. Without the overpriced concession, most theaters would not make it.

A theater that sells a movie ticket for $9 only gets about $2.70 and from that they have to pay labor and building expenses. The distributor gets about $6.30 of the ticket price. If theaters raised ticket prices they could reduce popcorn price, but they would lose too many customers. It’s a lot cheaper to watch a movie at home.

Many indie movie theaters are nonprofit, so they can raise money through grants, donations and ­memberships. Ticket sales still make up 50 – 60 %of their total revenue, according to Alison Kozberg, managing director of the industry association Art House Convergence. This new twist of selling virtual tickets could change the entire movie industry and offers great promise for independent theaters.