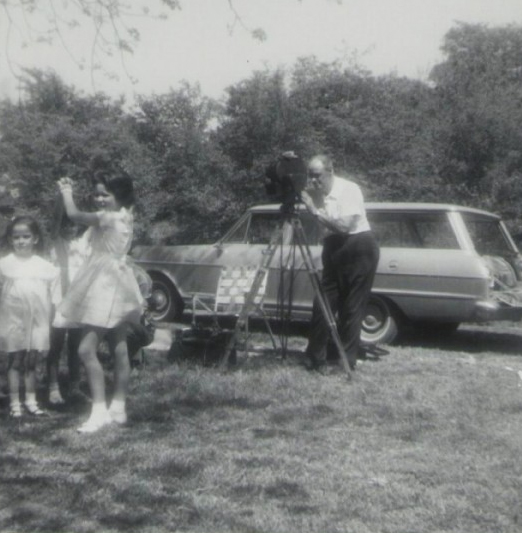 In the 1930s Texas-born filmmaker Melton Barker began to mass produce a short formula film that would star neighborhood kids which he charged their parents for. Barker would repeat this same script in numerous towns changing only the child actors. It was called “The Kidnappers Foil.” It was about a band of kids who outsmart two sleeping criminal. The kids then perform a series of song-and-dance routines.

It was a scam aimed at the unrealistic dreams of parents who believed their children could be stars no matter whether they had any talent. He continued the game for nearly 40 years. You can see some of the films at his web site. You can read more in the New York Times story The Legacy of a Camera-Toting Huckster.

Not all itinerant filmmakers were selling such shady ideas. Back in my New York documentary days we knew a filmmaker who made travel films, much like the old travelogues you’d see on weekend television. These were made on spec before the Internet. When he finished a film, he would book a local library, do some local advertising and sell tickets. These were silent films as sound cost a lot more to do. So he took his projector to the library or other venue then show the film while he did a live narration. His audience loved it. Then he’d take his projector, film reels and advertising materials and move on to the next town.

His travel films often featured more obscure corners of the planet. I’d bet an enterprising producer could do the same thing to day. People do it online as in the films you can watch through iTunes, Amazon, NetFlix, etc. But there’s something to be said to actually being with a live audience and interacting with them.

Filmmakers are doing similar things today such as Sam Green whose film ‘Utopia in Four Movements” can only be seen live. He narrates onstage, while a soundtrack and lyrical score are also performed live. Read about Sam Green’s film.