Music Video Made with Printed Photos 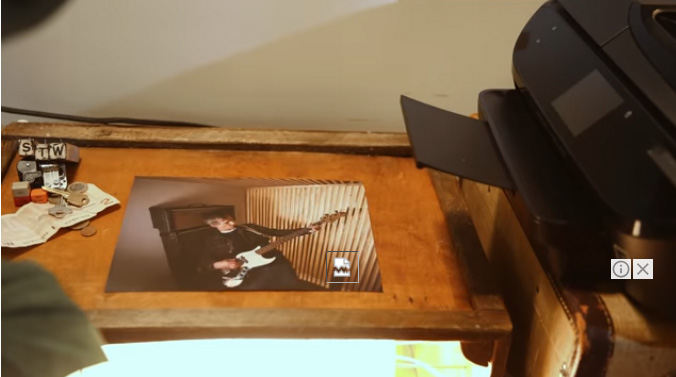 The song is called “UnAmerican” by the indie rock band Said The Whale. It is a stop motion video created entirely by hand, no digital effects. This music video made with printed photos.

First they shot a video of the band performing the song. Then they printed 2,250 frames from the video as separate photo prints at a cost of $680. Finally they photographed each photo as a stop motion video. This stop motion photography took over 80 hours. Director Johnny Jansen says they timed the entire video as an animatic before they shot anything. Time code was embedded in each photo to synch with the stop motion software.

He says “Almost everything was planned in advance to make sure it was timed properly. For the longer traveling scenes like in the backyard, we measured out the distance and divided it by the amount of frames in the shot so we knew exactly how much to move the photo each time. Pretty crazy process.” Since it was uploaded, the video has been viewed over 200,000 times on YouTube.

This technique is something you could do for a business client. Study the video without the sound so you can slow it down and see it more clearly. Could you make a music video made with printed photos? For more inspiration see <a href=”https://www.videouniversity.com/the-greatest-music-video-ever-made/”>“The Greatest Music Video Ever Made!”</a>