New Camera Will Mean the End of Green Screen 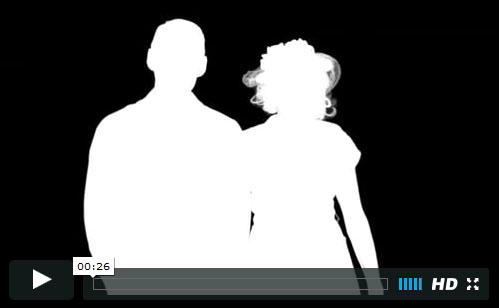 The Lytro Cinema camera captures all the rays of light within a scene. This may not sound unusual, but no other camera can do this. This provides enormous power to the creative process. Every pixel is captured with color properties, directional properties, and its exact placement in space. This creates video in a 3-D space which means you can do things like adjust frame rates, focus and shutter angles in post-production. This will be the end of green screen as it is no longer necessary. Motion blur will become a creative decision, rather than something that is baked in during shooting. The Lytro Cinema camera makes every frame in a live action shot into a 3D environment. This gives you something they call Depth Screen. This is like having a green screen for every object in the scene. And it’s not just for any one object; it’s anywhere in space. No more green screen!

See Why This is The End of Green Screen

So if after shooting, you wanted to change the focus to another subject in the shot, you can do it in post! Want to change the focus to foreground, background or to something outside the window? Easy to do in post. You can get any depth of field after the fact. Shift the camera position after the fact. Change the shutter speed and get 16 stops of dynamic range. The old saw – we’ll fix it in post has a whole new meaning now. The dynamic data being captured makes this all possible.

The company says this camera has the highest resolution ever designed. Every frame captures 755 RAW megapixels at up to 300 frames-per-second and 16 stops of dynamic range. The end of green screen is just the beginning. This technology makes the merger of CGI images and real world video even more seamless.

But How Are You Going To Edit?

For those who subscribe to the technology which starts at $125,000, Lytro is providing editing software, a physical/cloud storage data stack, also called a server array, and all the apps and plugins to edit the rich visual data. The 3-D light-field footage is, as you might imagine, data intensive. At the moment this camera is being promoted strictly as a VFX tool. But given some time it may eventually become a tool in the live action film business. From there it could, like HD video, eventually filter down to every camera. But that is a long way off. Lytro says the camera will be available to rent late 2016.