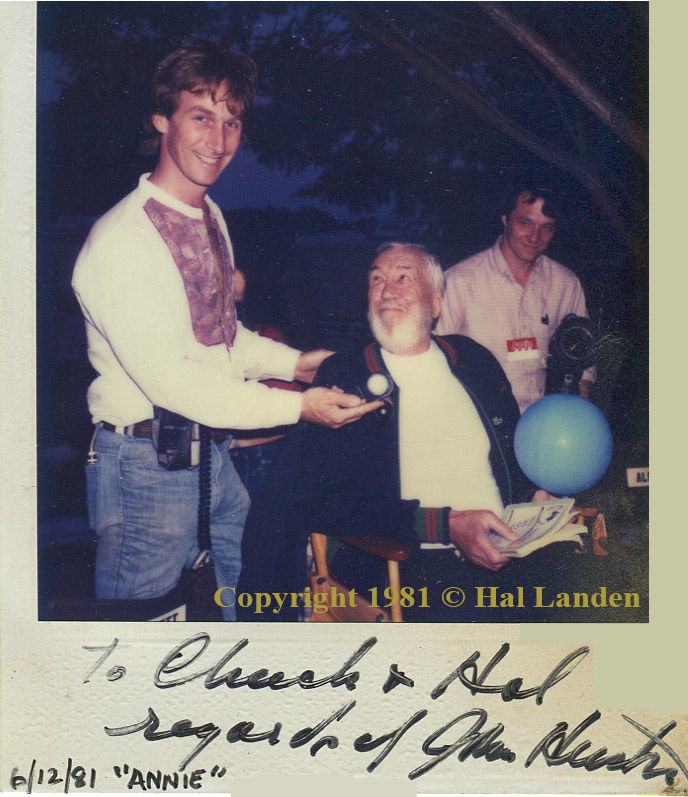 Orson Welles’ unfinished final film, “The Other Side of the Wind,” is about to be completed. Netflix has acquired global rights to ‘The Other Side of the Wind” and is financing the completion. To complete the film the producers have hired an Academy Award winning editor and an Academy Award winning sound mixer, Bob Murawski as editor and Scott Millan as sound mixer. Netflix plans a 2018 release of the film.

“The Other Side of the Wind,” was shot by Orson Welles beginning in 1970. He co-wrote the screen play with Oja Kodar. It stars John Huston, Peter Bogdanovich, Lilli Palmer, Edmond O’Brien, Cameron Mitchell, Mercedes McCambridge, Susan Strasberg, Dennis Hopper and many others. According to Wukipedia “it is a satire of both the passing of Classic Hollywood and the avant-garde filmmakers of the New Hollywood of the 1970s. The film was shot in an unconventional mockumentary style in both color and black-and-white, and it incorporated a film-within-a-film that spoofed the work of Michelangelo Antonioni.”

Frank Marshall was Welles production manager on the original production. Marshall has been working for 40 years to complete the film. He and Peter Bogdanovich are overseeing the project. As Marshll says “After all these years, I can’t quite believe we are starting post production on ‘The Other Side of the Wind.’”

Welles shot the film-within-a-film between 1970 and 1976. He worked on the film until he died in 1985. He left behind a 45-minute rough cut he had smuggled out of France. John Huston plays a temperamental film director who is always fighting with Hollywood executives to finish a movie his way. This is what Welles did throughout his career. 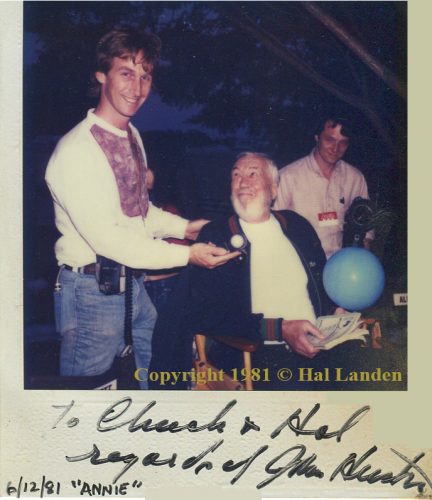 Chuck Clifton the Director of Photography is on the left, John Huston in the middle, and me, Hal Landen, on the right.