QuickTime for Windows Vulnerable to Exploit 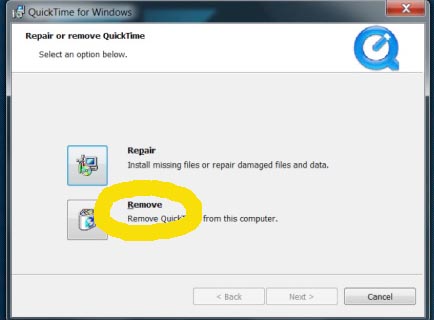 Trend Micro, the software security company, warns there are two “critical vulnerabilities” in QuickTime for Windows and advises users to uninstall this program immediately. The Homeland Security Department also posted a warning https://www.us-cert.gov/ncas/alerts/TA16-105A based on Trend Micro’s findings and also recommends that PC users remove QuickTime from their systems.

Some Windows programs rely on QuickTime’s ability to handle certain audio and video formats. Adobe After Effects, Premiere Pro, Photoshop, Lightroom, and others are affected. Adobe has been removing dependencies on QuickTime in its professional video applications, but they are still testing and have no definitive time frame. The Adobe blog seems to give conflicting information on the topic. http://blogs.adobe.com/creativecloud/quicktime-on-windows/

Better to remove QuickTime for Windows and miss some work than to have a malicious robot ruin your computer.