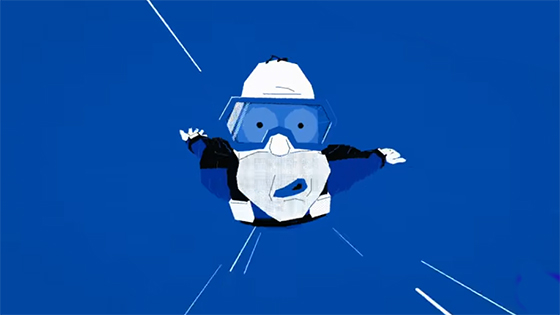 The opening couch gags are an essential element of The Simpson’s 31-season TV show. This is the first couch gag to acknowledge we’re all spending more couch time that pre-corona virus. To escape their reality, all of the Simpson family members are wearing VR headsets while sitting on the couch.

See the following link before you read any further. The Simpsons in quarantine couch gag.

Now that you’ve seen it, let’s consider it in more depth. Like all of us quarantined folk, they’re looking for more entertainment. VR headsets! And that’s how they come by all the cool adventures. Can you list all the adventures in that short scene? But the most important part of this couch gag is the visual style. This animation is quite different from the typical Simpson’s animation style. This isn’t that cozy warm cartoon style we’ve come to love in the show. These drawings are sharper and more abstract. The characters are idealized as VR tends to do. Not to mention the music – a very different Simpson beat.

This is one of the best Simpsons couch gags ever. The actual episode doesn’t have much to do with the current pandemic, but it does introduce a new character – Baby Hudson from Disney Plus. This new Simpsons episode aired on Sunday, April 19th, at 8PM ET on Fox.