Is TV Cutoff Still An Issue. 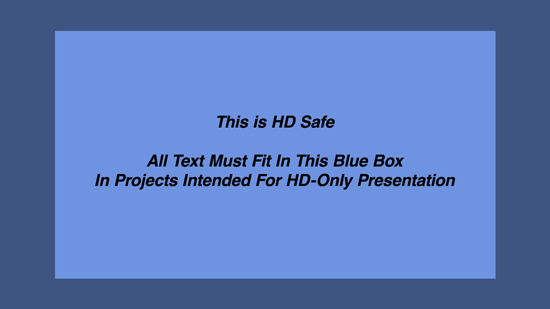 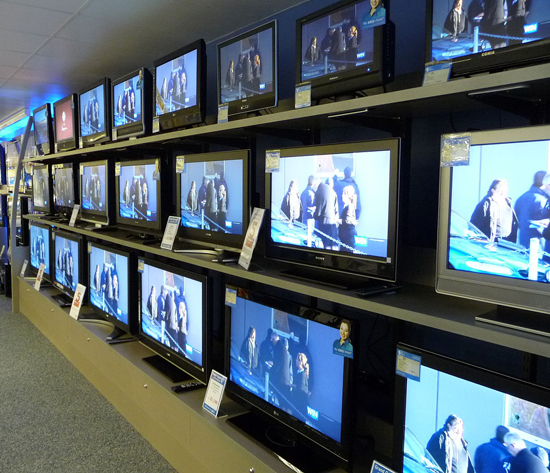 You may remember Title Safe and Action Safe which were a buffer around the edge of the screen. This area would vary from TV set to TV set. By keeping titles and graphics within the safe areas in television production you insured that the most important parts of the picture would be seen by the majority of viewers. Now that cathode ray tube TV sets are mostly museum pieces, are these safe areas still important? 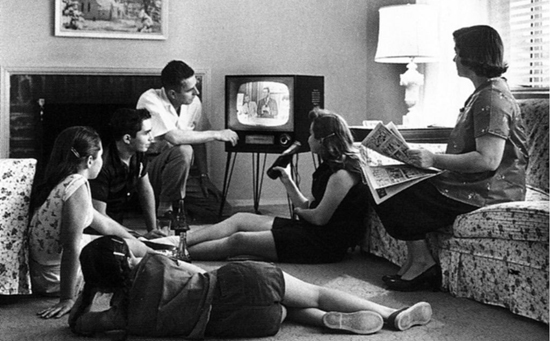 Screen technologies are varied and work differently so the visible area on one screen may be different on another. Most NLE systems have a way to display title or action safe so the editor can insure what will be visible on all screens. We must still use safe areas because some HD TV’s cut off part of the image. So even though your video may not appear on television, the TV set can still cut off some of the image whether it’s from a DVD or other source.

These are challenging times for predicting exactly what viewers will see on their screens. Today’s TVs have options to stretch or fill the screen. It’s nearly impossible to exactly predict what any given TV and user will see. And that’s just the beginning. An LCD screen is different technology from a Plasma or OLED screens. Naturally, they all crop differently. As John Rofrano, staff trainer from Vasst says “Right now, the TV is the dumbest device you own. It has no clue about the content it’s displaying and quite often displays it incorrectly. The broadcast industry should be embarrassed by the wide screen TV fiasco. It simply doesn’t work and no one seems to care.”

This 16×9 image shows the title safe area in an HD image. If you are producing a video that will be shown only on HD screens, you should keep text and graphics in the shaded center area.
HDSafe.jpg 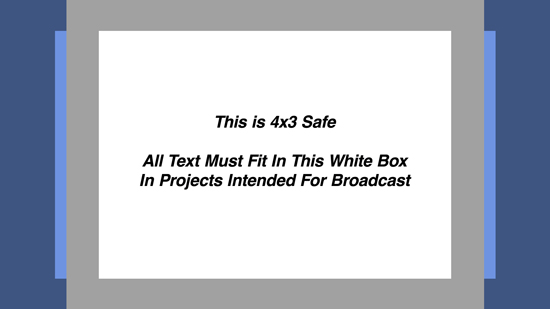 If you’re producing a TV project and you want to make sure all viewers can see all of your text and graphics, then it must fit in the white box.

Both graphics are from Alexander Fox’s article (http://crewofone.com/2011/tv-safe-graphics-for-hd-commercials) “TV Safe Graphics For HD Commercials.” In his excellent article he has also included a PhotoShop file with the elements as separate layers.