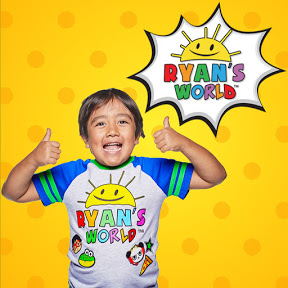 By Ryan ToysReview – Ryan ToysReview, Fair use, https://en.wikipedia.org/w/index.php?curid=60637274
“Ryan’s World” is a YouTube channel for children aged 2–6 featuring 10 year old Ryan Kaji (born 2011.) One of the channel’s videos, entitled “Huge Eggs Surprise Toys Challenge” has over 2.0 billion views just since 2020. This makes it one of the 60 most-viewed videos on YouTube.

Ryan is clearly the king of toy videos. Most of his videos are him playing with toys such as Thomas the Tank Engine, “Paw Patrol” figures, and McDonald’s play kitchens. There’s a new video nearly every day. He is paid by Amazon, Walmart, Nickelodeon, and Skechers. Ryan has 10 separate YouTube channels, which together make up “Ryan’s World.” Their branded merchandise took in more than $250 million last year. Estimates are that he and his family makes $25 million a year. But Six Figure YouTube Kid Stars have been around for many years. Some of these YouTube stars were who Ryan watched when he was younger.

If you search Ryan’s World on YouTube, you are greeted first with the YouTube Ad Suggested Products. 20 or 30 photo links of Ryan’s World products from Walmart, eBay, QVC, and JC Penny.

The first YouTube video in the results was entitled “Ryan controls a real life Robot to do all his chores with 1hr skit for kids!” It had been posted less than an hour ago and had over 8000 views so far. Ryan’s World channel has 32 million subscribers.

Ryan’s parents are first generation American, one from Japan and the other from Viet Nam, with advanced degrees in engineering and teaching. When they started filming Ryan with their smart phone, they agreed to spend no more than $20 a week on toys and other expenses. From a very modest beginning, “Ryan’s World” today includes the separate channels “Combo Panda,” “Ryan’s World Español” and “Gus the Gummy Gator.” In some, Ryan only appears in a 30 second intro. In others he is on camera for nearly an hour.
Today his business deals are handled by a licensing company called Pocket.watch headed by a former Disney executive. In 2019, Truth in Advertising, a consumer watchdog group, filed a complaint with the Federal Trade Commission, accusing the Kajis of “deceiving millions of young children” by not adequately disclosing their advertisers. A spokeswoman for the family responded by saying they “strictly follow all platforms’ terms of service and all existing laws and regulations, including advertising-disclosure requirements.”

One of the keys to Ryan’s success is that the shows focus more on Ryan than they do on the toys. His parents play themselves in the videos. They add a warm touch to the shows. Some their other recent video titles include:

“Can you finish the drawing challenge???”
“How Smart are you TEST Puzzle Challenge with Ryan!”
The description of Ryan’s World YouTube Channel reads “Welcome To Ryan’s World!!! Ryan loves doing lots of fun things like pretend play, science experiments, music videos, skits, challenges, DIY arts and crafts and more!!! Most of the toys we used to review are being donated to local charity.”