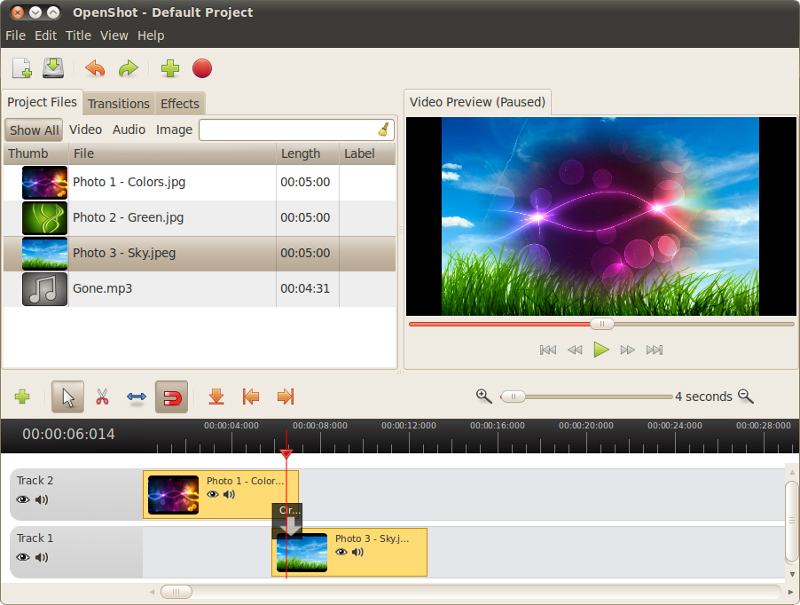 With all the great video editing systems available today, I was not sure there was a need for any more. Until I discovered one called Open Shot It is a free, open-source HD video editor for Linux. They are working on MAC and Win versions.

OpenShot can edit video and audio files in HD, HDV and AVCHD, to name a few. It can do titles, transitions, and effects, and export to DVD, YouTube, Vimeo, and other formats. Here are a few of the features:

Video encoding (based on FFmpeg )

Pretty impressive list of features. I don’t know that many people who are looking for a new editing system, but if you are, this is one to consider. And it’s free.

Their Kickstarter campaign to create a new version with native support for Windows and MacOS has succeeded. They’ve raised more than twice their original goal of $20,000. With that extra money they’ve achieved several “stretch goals” including additional format support, improved cropping, animation curve presets, video render queue and the ability to offload rendering to other computers.

Anyone want to review it? You must have a Linux computer, but this will change soon.