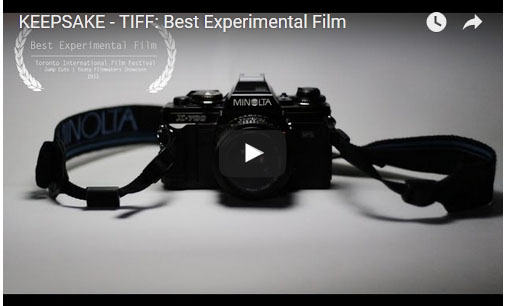 There are a lot of good reasons to experiment with video.

For one thing many experimental video styles have later become commercial styles. The music video genre has evolved from experimental film. Many TV commercials have been influenced by experimental films. The feature film Waking Life is an animated film that is unique because it is all rotoscoped from digital video. The director is Richard Linklater whom Roger Ebert calls one of the best directors we have. Linklater’s style in this film is unusual and interesting. I expected to later see that style used in commercials and it didn’t take long. The style has since been adopted in a number of commercials and other videos.

Many experimental filmmakers have gone on to make commercial films. A partial list includes Jean-Luc Godard, Steven Soderbergh, Kathryn Bigelow, Curtis Harrington, Andy Warhol and the director Steve McQueen. But commercial gain was not the reason they made films.

Take a look at the intro title credit sequence for the film Enter the Void. Quentin Tarantino says this is “Maybe (the) best credit scene of the decade. One of the greatest in cinema history.” The man who created these credits is German experimental filmmaker Thorsten Fleisch. And here are some clever experiments with a GoPro.

Both narrative and documentary films have many elements from which to choose. Think of all the audio and visual elements at your disposal. While they may not all be appropriate to use in a particular documentary or narrative film, experimental films have no limits. They don’t have to tell a story or have a message.

This was a film project for film school. According to the filmmaker, Callum Linden, “The purpose of the project, was to find an object that had great meaning to myself, and through my film, I had to show that the object I chose wasn’t only an inanimate object, but something more. I had to change the viewer’s opinion on my object, changing it from their view of it being just the object, to my personal view by subjectifying it, and showing what my object means to me.” The subject he chose was an old Minolta X-700 SLR which his father had used for 30 years to capture many moments of his life and the family.

This one is called

It is an excerpt and may give you some interesting ideas for experimentation. Many shorts are called experimental films, but it may be more accurate to call them personal films. Academics also write about avant garde films, underground films, video art and others. But what matters more than the name is what the filmmaker creates.

Try one experimental scene of any kind. See how it feels. What was the thought process you took to get there?