The Art Of Film And Video Editing Part-3

Filmmaking spread around the world and D.W. Griffith’s techniques were widely studied. In the 1920s Soviet filmmakers were fascinated with editing and the theory of film as a communications and propaganda tool. After the 1917 Russian revolution the Soviet Union was trying to grow its new film industry. The new filmmakers did not have enough cameras or film stock so instead of shooting their own footage, they experimented with editing existing footage from Russian melodramas and the occasional American film. Lev Kuleshov, a film teacher, smuggled a copy of Griffith’s “Intolerance” so his students could study it in detail. They re-edited part of the film and discovered what a radical difference they could make by changing a scene.

This led Kuleshov’s workshop to experiment with a shot from a Russian film. They had the shot of a man looking ahead without emotion. They used that same shot in three different sequences:

1. Intercut the man’s face with a bowl of soup

2. Intercut the man’s face with a little girl playing

3. Intercut the man’s face with a dead woman.

They showed the three sequences to audiences. Audiences praised the actor’s range! They said he felt hunger when he saw the soup, joy when seeing the girl play, and grief for his mother, but the shot of the actor had not changed, only what surrounded it. This powerful effect of juxtaposing different shots is called the Kuleshov Effect. It demonstrates that audience reaction is determined, not by one shot, but by the context and shots that surround it.

One of Kuleshov’s students was Vsevolod Pudovkin who wrote about the workshop’s techniques and produced films. His masterpiece is the 1926 film “The Mother.” This is the story of a mother’s personal revolution against the Tsar. It has one of the most rousing endings in movie history. It’s the editing that makes this film compelling. Many consider Pudovkin to be one of the fathers of the Hollywood movie. 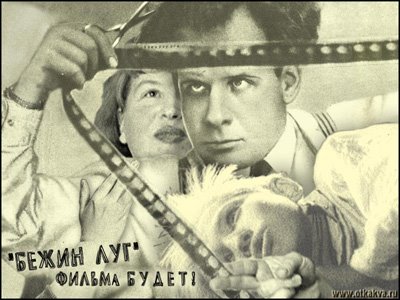 Another of Kuleshov’s students was Sergei Eisenstein. His 1925 film “Battleship Potemkin” presents a dramatized version of the mutiny that occurred in 1905 when the crew of the Russian battleship Potemkin rebelled against their officers of the Tsarist regime. The film was political as it extolled the virtues of the working class people, called the proletariat, against the Tsar of Russia. It’s been called one of the most influential propaganda films of all time.

The most celebrated scene in the film demonstrates masterful editing. The scene is the massacre of civilians on the Odessa Steps. The Tsar’s soldiers march down a seemingly endless flight of steps firing rifles into a crowd of civilians. The edits of the march are regimented as if on a metronome. Many innocents are killed. A mother who is pushing her baby’s carriage is shot. The carriage continues down the steps on its own amidst the firing as the suspense mounts.

Notice the rhythmic edits and the use of close-ups for dramatic effect. This is one of the best known scenes in filmmaking. Many modern Hollywood films have imitated the scene either in homage or parody. This video shows some of the films that have used Odessa Steps as a take off.

The massacre depicted on the steps of Odessa never actually happened. It was created by Eisenstein for effect in his film. Roger Ebert, the film critic, writes, “That there was, in fact, no czarist massacre on the Odessa Steps scarcely diminishes the power of the scene … It is ironic that Eisenstein did it so well that today, the bloodshed on the Odessa steps is often referred to as if it really happened.”

There are over 150 cuts in that 7-minute scene, but it’s not the number of edits that matters. It’s the effect the scene has on viewers nearly 100 years later. They called this editing technique “montage,” but beware as this word means different things to different people. The word is French and translates as to “assemble.” The technique involves many short shots assembled into a sequence that advances the story or sets a mood. The shots do not necessarily have to be related. By juxtaposing different scenes and using quicker pacing, the editor could create suspense, for example. Two scenes assembled together can allow the audience to draw a conclusion, as with the actor’s face and the bowl of soup.

Early filmmakers, especially the Russians, used the montage technique to excess, sometimes confusing or overwhelming the audience. To Eisenstein, montage was an opportunity to create symbolic meaning by editing in shots that were “discontinuous.” Eisenstein’s techniques violated the classical Hollywood continuity system, breaking many of the rules of continuity editing.

In American filmmaking, montage is a particular technique of film editing in which a series of short shots are edited into a sequence that’s used to condense space, time, and information. A common montage in American film is the newspaper montage. It includes many shots of newspapers being printed, moving on a fast conveyor belt, through rollers, coming off the end where it is picked up and read by a pressman. The headline zooms out to fill the screen. This is a quick way to show that time has passed and there’s a new development.

You can see two examples in the 1934 film “It Happened One Night.” It’s a fun romantic comedy by Frank Capra, one of the great American directors. This was the first film to win all five major Academy Awards: Best Picture, Director, Actor, Actress, and Screenplay.

In Soviet montage theory, montage means to create symbolic meaning. But it gets more complicated than that. For instance Eisenstein’s theory of montage is a style of editing which offers discontinuity, crossing the line as per the 180 degree rule, and other violations of the classical Hollywood continuity system.