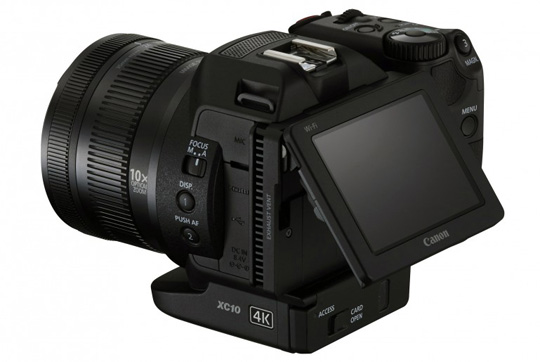 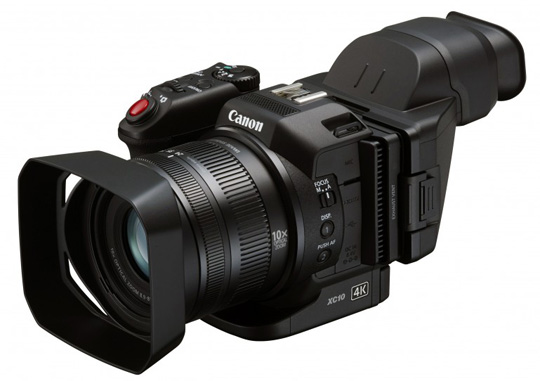 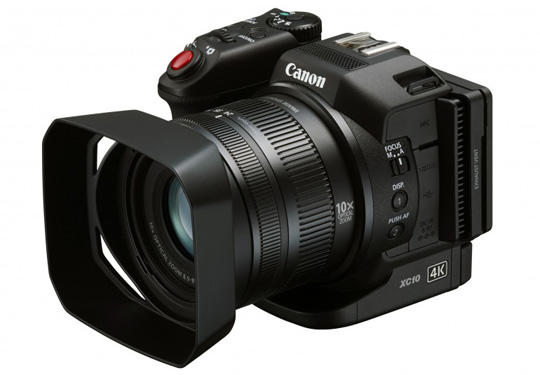 Canon is announcing new cameras like Canon EOS C300 Mark II, but that one will cost about $20,000. For the rest of us there is
an intriguing new hybrid called the XC10. It records UHD 4K (3840 x 2160) video as well as 1080p/i, 720p and image files. It has a 12-megapixel 1-inch CMOS sensor with a crop factor of 2.7. The camera is intended to compete with the Panasonic GH4. According to Canon Rumors, the Canon XC10 will have 0 to 12 stops of latitude and the ability to shoot C-Log. For the Canon XC 4K video is straightforward.

The independent side grip can be angled separately from the camera. The controls are very much like those of a DSLR. The lens barrel has a manual focus ring and a manual zoom ring. There’s a three-inch touch screen on the back which can be tilted. The viewfinder can also be locked over the monitor for outdoor shooting. The XC10 also has Wi-Fi. The Canon XC10 will be available in June, 2015 for $2,500.