Email from The Inventor of Color Bars 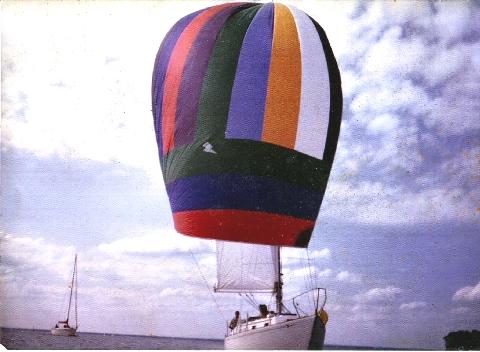 Color Bars on the Spinnaker of David Holmes’ sailboat

As a result of my article on Color Bars at VideoUniversity, I received an email from John D Holmes who wrote:

I came across your article on color bars on the net

of history. My dad, David Holmes, worked for RCA

for over 25 years and was Director of the David Sarnoff

Research Center in Princeton. He was also director of

the Color Television Development Division for many years.

He invented color bars while working for RCA in the 1950s.

He held the patent along with David Larky. The picture above

shows the spinnaker he had made for his sailboat. He set me afloat

He still lives in Trenton and I will forward your article to him. Of course

if you need any technical assistance (50’s that is,LOL) he’d be glad to hear 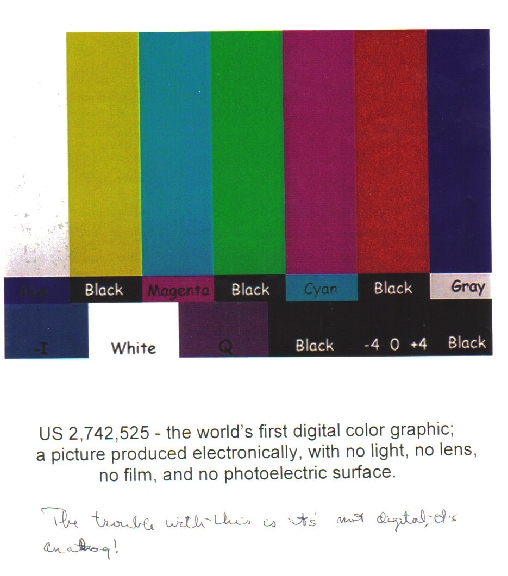 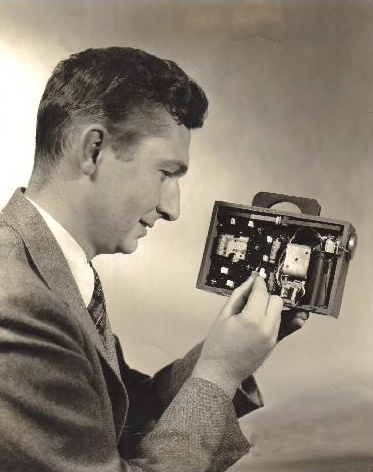 Fifty-five years ago I had gotten out of MIT and reported for work at my new job at David Sarnoff Research Lab of RCA in Princeton. My boss was on three weeks vacation and had assigned me to room with one Dave Larky who showed me around, introduced me to some of the staff, where the toolcrib, cafeteria, etc., were and the center of color TV research. Here the people were using test signals from scanned slides which were dreadful, full of noise and other junk. Having nothing to do, I went back to my new lab and built an electronic test signal generator, now known as the Color Bar Generator. This was easy for me to do since I had designed and built a complete TV studio at U. of Nebraska and a lot of the stuff in the color bar generator was similar to parts of that.

Well, my new device was a great hit; everybody wanted one so when my boss got back from vacation we were having six built in the model shop. They were big things, having fifty tubes and a bunch of adjustments in them. One company took out a license and manufactured them.

Later, when traveling around the world. I saw color bar generators everywhere. There were tens of thousands of them. If you see any news room on TV you will likely see color bars on one of the monitors. They show up on the air now and then from BBC in London and others. They are exactly the same as the first one I built fifty-five years ago.

I had gone to our licensing lab in New York every day for six weeks giving lectures and demonstrations using the color bar generator to members of the electronics industry. A buddy and I took all the color processing equipment that we had developed between us up to Studio 3H at NBC, NY, and put on a color show with Nanette Fabray that ran for a half hour every day for a month.

Send feedback on this article to me at Email.

I regret to report that David D. Holmes passed away. RIP.