Getting Work as a Movie Extra 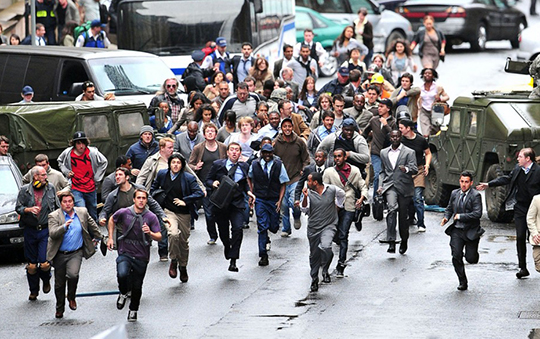 A person or actor who is an extra in movies and TV shows is also called a “background artist.” If you are interested in how the movie business works, and want to earn some extra dough, this can be an ideal way to see it close-up and maybe even appear in a movie or TV show. You get paid to watch experienced actors and film crews work.

Extras do not speak. If they have even a one-word line, they are no longer considered an extra. That would be considered a co-star which is an actor with five lines or less, but this an different game. A lot of this work is in New York or Los Angeles which is where most of the movie and TV business is located. But today movies and TV shows are being made in all parts of the country. There is even a Netflix series about extras called “Tales of the City.”

Getting work as a movie extra is not hard, but the work is demanding. You may spend hours standing, sitting, and repeating the same motion. Shoot days on films are typically long. You must commit to a full 12-14 hr day. A typical day starts early in the morning around 6AM and you cannot leave set until released.

The work will be non-union until you can qualify for the Screen Actors Guild. The pay difference between union and non-union is significant. See the SAG-AFTRA FAQ for background actors.

You can sometimes join the union when a SAG actor is late or does not show up for work. In this case you could be hired as a SAG extra. Three days of this work qualifies you to join the union. Assistant Directors (ADs) make these decisions about which extras to hire. The AD’s job is very stressful so you don’t want to add to that. Don’t talk to ADs unless they talk to you.

Susan Danzig is a friend who has been an extra in many films. We met while working on Kathryn Bigelow’s first film “The Loveless.” Susan told me her secret to getting extra work was not to have her face recognized by the cameras. You have to be in the shot as directed, but you can keep your face from being prominent. If an editor sees the same face of an extra in too many shots, that footage may be destined for the cutting room floor. By fading into the background and keeping her face hidden, Susan never wore out her presence. One extra says he worked on “Law & Order” and changed costumes so he could be both a cop and a skinhead in the same episode.

Where to Find Work As An Extra

To apply for background work, you’ll need to provide your physical description and include a recent headshot. You’ll be hired based on what you look like, not what you used to look like or want to look like. So Photoshopping a headshop to make yourself look younger or more attractive is counter-productive. Most background artists also have a resume highlighting any other acting experience.

To find companies seeking extras, Google “my town or state casting calls.” Look for the large casting companies in your region. Often they will have sections devoted just to your area. For instance Bostoncasting.com has a page just for Rhode Island projects.

Find your State Film Commission website. Look for casting.
Register with Backstage.com
Ask any actors you know if they are doing background work and if so, who hired them.
When you see a production underway, ask anyone wearing headphones who they hired extras from.

Most casting companies are free. Some may charge $10-20 for listing your information. But don’t pay anyone more than that. There are many scams out there.

Follow directions, and be professional at all times. Do not ask for autographs or go overboard eating at the crafty table. This is the on-set term for the craft services table. It’s full of good snacks and drinks, but don’t abuse it. Don’t take food home or be a pig.

There are strict rules about being an extra. If you do not follow the rules, you will be asked to leave and never invited back. Bostoncasting.com publishes these rules on their website.

1) You must commit to a full 12-14 hr day. A typical day starts early in the morning around 6AM and you cannot leave set until released. Pay rate Non-Union $80/8 hrs and Union: General SAG BG Rate.

2) NO SOCIAL MEDIA: NO PHOTOS ALLOWED. You MAY NOT blog, Facebook, Tweet, Instagram, Snapchat, or use any other type of social media to talk about your time on set. Set is confidential and if you take photos on set you may be asked to leave and not return.

3) DO NOT speak to the director, assistant director, or actors, unless they speak to you first. They are extremely busy. You are there to work and so are they!

4) Please stay in designated areas (“Extra’s Holding”) as a group. DO NOT wander off. If you need to leave set to use the restroom or the phone you MUST tell the background Production Assistant.

5) Remain quiet in and around the set at all times.

6) CELL PHONE POLICY (DIFFERS PER PRODUCTION): If you must bring your cell phone, we strongly urge you to hide it in your cars. If you bring your cell phone to set you must turn it off. If it is a CLOSED set you will have it taken away from you to be stored and you will not get it back until you wrap. NO PHOTOS ON SET.

7) DO NOT BRING VALUABLES TO SET. Neither the production company nor Boston Casting is responsible for lost or stolen items.

When the shoots ends for the day, by law you must leave the set immediately AFTER you have signed out with the production company. You will be asked to fill out a payment voucher. Please bring your own pen and write clearly for accounting. Always save your copy of your voucher as it is proof you worked.

10) In order to be paid, you will need to fill out an I9 on set. You must be legal to work in the United States. You should bring a passport with you if you have one, that will serve as your sole form of ID. If you do not have a passport, please bring two forms of ID. One needs to be a photo ID such as a driver’s license or State ID Card. Your second form of ID could be your social security card or your birth certificate.

11) When you are booked, your name and only your name will be on the check in list. You are not permitted to bring family members or friends to set.

12) It is a good idea to bring a book, magazine, or something to occupy yourself during downtime. There is a lot of downtime throughout the day. Again, we do not recommend bringing anything valuable.

14) BE ON TIME! This is important. Productions are always tight on time and cannot afford to delay shooting because people are late. Please plan your travel time accordingly so that you can be sure to be at check in at your given time.

Getting Work as a Movie Extra

It is possible to make a living as a background actor and not have higher aspirations. On the other hand, there are also many famous actors who started out as extras. Here are a few: