How To Edit and Structure Your Documentary 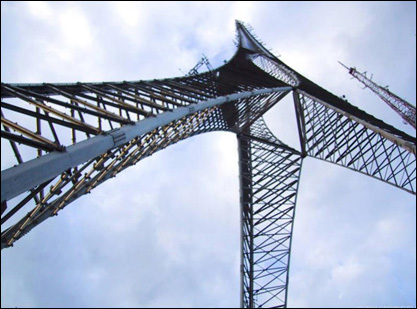 Editing a documentary is neither easy nor fast. Even when you start with an outline, that outline is likely to change as you get to know the footage, the subjects and events. A good place to start is to look at all the footage while suspending judgement. Look for and collect those magic moments of truth and beauty. Then you can begin to string them together and see what flows.

Documentary structure is often determined by the film’s subject. There are a number of common structures used in documentaries:

Some documentaries use a combination of these structures. It comes down to telling a complete story. Narration and titles can be used to weave the separate pieces and ideas together into a cohesive whole.

by Christopher Guest and Eugene Levy who also star in the film.

Documentaries and The Truth

A documentary is “a factual film which is dramatic” according to Pare Lorentz, the most influential documentary of the 1930’s. But all documentaries have a point of view, even if it is not readily admitted. Many documentary filmmakers would have you believe their films are objective, but every choice that’s made in the editing room harbors a point of view. Consider which interviews make the final cut, which part of an interview makes the final cut, and which questions are asked in the interview. All of these choices have points of view. Not to mention that everyone who works on a film has a point of view or bias on the subject, whether it is acknowledged or not. It’s more honest to be up front about your point of view than it is to try and present it as objective. See Documentary Editing Where Is the Truth?

Some films are “personal films” which means they are small in scope and esoteric in subject matter. Personal films point more inward than outward and have little commercial value. They are typically shown in art houses or university screening rooms.

A good ending is when

Interviews can be a powerful way to tell a story. If you were to ask all interviewees the same questions, you would have a wealth of choices in the editing room. For instance one character could start a sentence and another could finish it. By selecting the right sound bytes, the editor could tell a complete story using only interviews without any narration.

If there is a lot of interview material, organizing it can be a challenge. Some editors prefer to work with written transcripts (including time-code) of the video interviews. A paper edit can be a more efficient way to start the job. The jump cuts may be covered with cutaways or B-roll although some editors prefer to leave the jump cuts visible rather than hide them.

While two-camera shoots are more expensive, today’s inexpensive HDSLR cameras make the two-camera interview an affordable proposition. Many interviews are not very striking visually so if interviews are a major portion of the film, the film can suffer. Take special care to make your interviews look great.

Outside Elements Legal and Organized

When you just dive into a project that will eventually include photos, home movies, stock footage and other diverse elements, it is too easy to lose track of the origins and contact information for each different elements. Much later it can be nearly impossible to pursue the legal rights to use those materials. A database or complete list that uses a unique naming system for all elements should be built from the beginning.

Don’t wait till the fine cut to get permissions to use the materials. That would waste a lot of time and hurt the film. If you can’t get permission or at least find the price of using a photo or video, why waste your time with it? See Complete set of releases for film and video.