Make Your Car a Moving Billboard 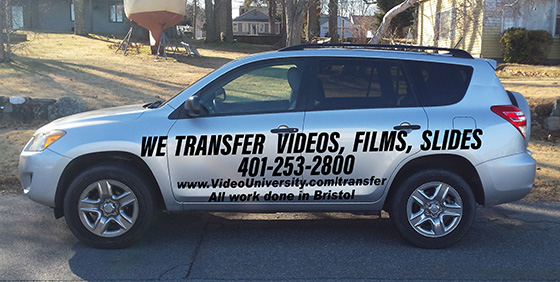 Early proof from the sign company of my moving billboard. Final shot will be posted later.

I have been thinking about using my car as a moving billboard. I’ve seen lots of car wraps, but while most of them are colorful and eye-catching, I have not seen any that are effective sales messages. And they are expensive. A full wrap of an SUV can cost up to $3000. That might be a good investment, but I had a better idea. So I took a picture of my car and started playing with a more effective sales message. I called around and found a sign company, a franchise, that could do what I wanted for about $350 which seemed reasonable.

I signed their contract and waited for their first proof. The proof looked great, but then the Covid-19 hit. So the lettering has been cut and is ready for the sign company to apply it to the car. We’re just waiting for their store to re-open.

I’ve been studying strategies for using this moving billboard. I want to experiment with placing it in different locations. I will drive by local super markets and restaurants as two examples. When I’m out shopping, I will park the car in high visibility spots.

If you want to reach small businesses, you’d want to park at Staples, the post office and places like that. Drive your moving billboard through dense business districts (generally downtown) if you’re promoting professional goods or services. If you have a technical audience, Best Buy might be a good parking lot. You wouldn’t want to leave your car in these lots all day, but you get the idea. Park your car on a busy city street and it could be seen by tens of thousands of people a day.

To get the most advertising benefit, stick to busy streets with lots of traffic. Stop lights and traffic slow downs are your friends because they give drivers more time to see your signs.

Keep the text brief. Write a short powerful headline, add your website and phone number. Think in bold terms like a moving billboard. You don’t want someone to have to walk up to your car to read small print. Ideally you want people to see your message from half a block away.

Some states regulate tinting on car windows. A wrap could get a ticket. Some cities regulate moving advertisements. San Francisco is one such city. Some homeowners association may prohibit parking on your street or even in your driveway if your car is has lots of advertisements.

You might have to re-register your car as a commercial vehicle and buy additional insurance. So check with your town hall and DMV before adding large ads to your car.

Your driving behavior matters when your company has a high profile like this. So you must be polite in traffic and don’t present a bad image. These are good ideas in any case.

At the other end of the spectrum are magnetic car signs which are available from Vistaprint and others. I considered those, but believe that they are not very effective ads because they are much smaller. Like yard signs, this is a fairly passive advertising technique without monthly fees. Also like yard signs it can bring big results.