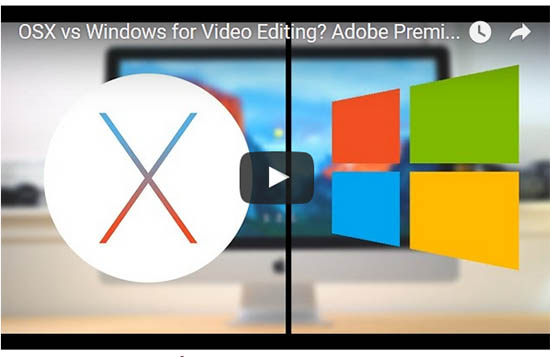 This Video May Surprise You

Which is Faster OS X or Windows?

There’s more to the story than simply the speed of the operating system for video editing, rendering and more, but this test did a good job of equalizing the variables to make it a valid test comparing just the operating systems using the same hardware and editing application. Another factor to compare is which system you know the best and especially what system are the freelancers you want to work with using.

Operating system doesn’t necessarily have to be a deal killer as far as who you work with because many of the files created in one system can be easily read and edited in another. This works best if you use the same cross-platform program. If, for instance, you use CS6 (Adobe Cloud) and format a hard drive as eXFat, then both WIN and MAC systems can read it just fine. The drive does, however, have to be formatted by a Windows machine.

But before choosing an operating system and computer hardware, choose the editing software. Final Cut Pro X, for instance, only runs on Mac. Sony Vegas is only for Windows.

Compare carefully the cost of the system and hardware upgrades. Computers become obsolete, no matter which system you choose. To learn more see the article Choosing An Editing System.