What Is The Difference Between Gain And ISO? 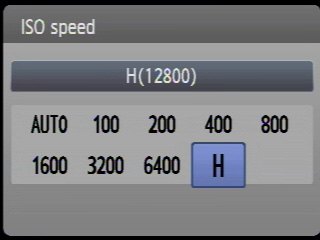 There are differences between the two settings, but for all practical purposes, they control the same aspect of video. You may not remember film, but in those days all films were rated with an ASA rating which today is called an ISO rating. Kodachrome, for instance, was a Kodak film used in both cinematography and still photography. For movies it was available in 8mm, 16mm, and 35mm. It was also available in various ISO/ASA ratings from 24 to 200. The ISO determined how much light was required. The smaller ISO ratings required more light, but had a finer grain and created better images. Larger ISO numbers required much less light, but looked grainy. Higher quality images required a low ISO rating.

In many video cameras and DSLRs, you can dial in the ISO which is helpful when you need more light sensitivity. The cost is degraded images which show more grain.

The size of the digital camera’s image sensor dictates what ISO setting provides the least amount of digital noise. Larger sensors produce less noise or grain. Smaller sensors produce more digital noise at higher ISOs (like 800). Digital camera image sensors are designed to perform best at the lowest ISO, just like with film. On most digital cameras this is ISO 100, although some high end DSLRs the ISO rating is as low as 25.

The larger Full Frame sensors are the size of a 35mm frame. They allow for more and larger pixels to be packed onto the image sensor, producing smoother, grain-free images at higher ISO settings sometimes as much as 1600 ISO. Like film, the lower the ISO rating of the camera sensor, the better the image quality is going to be.

The major reason to use ISO rather than gain is to correlate the camera sensitivity with a light meter. Light meters must be adjusted to the ISO. The meter measures the amount of light and its internal computer indicates which f-stop and shutter speed is needed for a particular ISO. Cameras have built-in light meters which measure the light and in auto mode set your camera to an f-stop and shutter speed to make an ideal exposure. If there is not enough light, the meter opens the iris and increases the shutter. If these are not enough, it raises the ISO of the camera which degrades the image by adding grain.

Gain is the photographic equivalent to push processing of film where you force the increase in sensitivity by removing information from the underexposed background. So the background loses detail.

ISO in digital cameras was intended only to provide some continuity from film cameras. It’s really just the amount of gain applied to the output of the sensor that adjusts the sensitivity.

In some cameras you can assign switches to change the ISO or the gain. You might, for instance, set the ISO levels to be 100, 400, 800. Every time you double the ISO you add an f-stop. So changing the ISO setting from 100 to 400, adds two stops of light (doubled and doubled again.) The down side is more grain in the video image. Instead of setting the ISO levels, you could set the gain levels. Typical is 0 db gain, 9 db gain, and 18 db gain. Again each of these values can be changed in the menu systems of more sophisticated cameras. If you change your ISO or gain values, you probably want to leave the 0 db gain or the lowest ISO value as it is since that is the optimal value. You could increase the top value to 3200 for ISO or 36 db for gain or whatever values you choose.

The bottom line is that ISO and gain are for all practical purposes the same thing. So there’s little point in adjusting both of them. Choose one. Get to know what your video looks like at difference settings. A large, sensitive, hi-res monitor is helpful. Small monitors can fool the eye. Shoot tests and make notes. Shoot more tests. Eventually you will get to know which setting you needs to various lighting situations without looking in the camera. And you will learn which setting you can get away with before the grain becomes too objectionable. Many cameras can shoot ISO 3200, but only some of them will make acceptable images. Some will show grain the size of small planets!