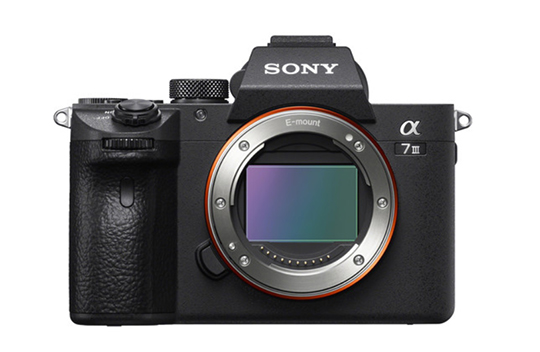 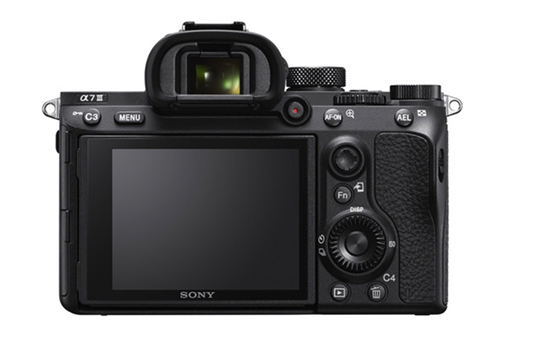 The new full-frame A7 III is midway between the A7R III and the A7S II, which is Sony’s low light and video king. The mirrorless A7 III shoots 4K HDR video, as well as 120 frames per second slow motion at 1080p. It also includes the ability to capture in the more cinematic S-Log 2 and 3 color profiles.

This camera has 693 AF points that cover 93% of the frame. Sony says this is twice as fast as the Auto Focus on the A7 II. It should also be very effective in low light situations which is a real test for many Auto Focus systems. This is handy because the sensor allows a maximum ISO of 204,800! That makes it one of the all-time best cameras for low light photography. The new backside illuminated 24.2-megapixel sensor has 5-axis optical image stabilization.

Other features include a 2.3 million dot OLED viewfinder. There is an AF joystick on the back of the body. The body is weather resistant, but not waterproof. There are 11 custom buttons scattered around the A7 III’s body. Fortunately the camera also includes the customizable “My Menu” feature. This allows shooters to bypass the complex menu system and create one page with all the items they use most often.

Sony is clearly looking to beat Canon at its own game. Sony is making its place in the full-frame market which is still dominated by DSLRs. The Sony A7 III ships April, 2018 body only for $2,000.