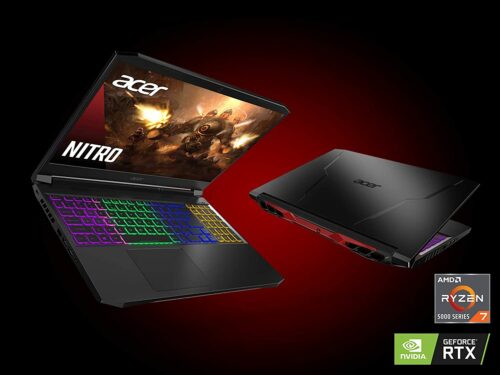 The Nitro 5 is a great budget gaming laptop which would also be great for video editing. The 144-Hz screen with its 1080p resolution is ideal for almost all kinds of gaming and viedo editing. The keyboard has lots of key travel and satisfying clicks. This laptop gets the most out of its specs, bettering many other rivals. The Nitro easily hits 60 fps in low to medium settings on challenging game titles. Unlike some gaming laptops the Nitro doesn’t get too hot or too loud.

While it weighs nearly 5 pounds, the Nitro is still portable enough to take on trips or to a client. It has a very good selection: an HDMI, a dedicated charging port, a Thunderbolt 4 USB-C, a headphone jack, an Ethernet, and three USB-A ports. You might wish for a little more feedback on the trackpad, but overall this is a very good value. Check it out on Amazon.