What You Need to Know About Shooting 360 Video 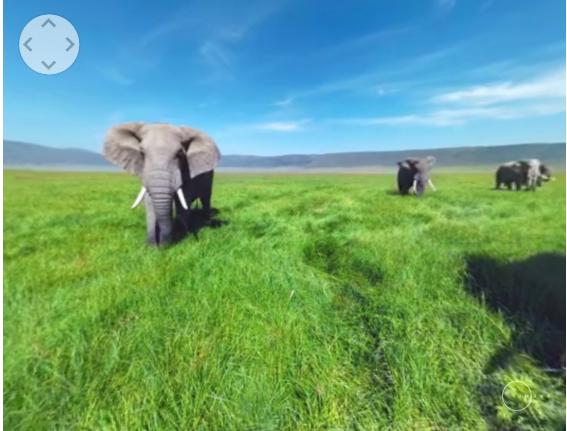 There are two types of 360 Video. The first is called Monoscopic. This is a flat rendering of a shot that can be viewed on any screen. While you can move around the space, there is no real depth perception. This is the kind of video you see in 360 Players like YouTube 360 and Facebook. This is what Google Street View displays.

The second type is called Stereoscopic 360. It creates a 3D, rather than flat, rendering of the shot. There’s a separate field for each eye. This can be viewed in 360 with a VR Headset.

Some of the popular monoscopic cameras can be broken into three groups.

The Ricoh Theta S is a simple point and shoot 360 camera. It does not require editing because the stitching is done on the fly. About $350.

The Kodak Pixpro SP360 4K Dual Pack Pro includes two Pixpros mounted on a cage. The video is from two different sources so they need to be stitched together in post. Price starts at about $650.

The Freedom 360 uses six GoPro Hero4s. You must press all six capture buttons at once and then sync the videos manually with a special editing software. The rig itself is $500, but when you add the cameras and software, it comes to more than $3000.

It can be difficult to visualize what your 360 shot will look like. The camera will see everything, but you won’t know at what distance object will appear. It’s hard to know where the stitch line is. That’s where the video from one lens meets the other lens, The Theta S does the stitching internally and allows you to use a phone as viewfinder. By experimenting you will learn to avoid the stitch line. You’ll also learn when shooting 360, you and your hand will be in the shot no matter where you stand.

When you use multiple camera set-ups like the Kodak or the Freedom 360, you will need to manually stitch the shots together. The Kodak cameras includes free stitching software. It allows you to tweak the stitch line. People and objects can disappear at the stitch line but you can bring them back in. The Kolor company (owned by GoPro) offers more sophisticated stitching apps which give you much more control. It costs about $600.

The 360 cameras often advertise their maximum resolution for a flat raw image, but what they don’t tell you is that when rendered the resolution drops considerably. Of all the cameras above, only the GoPro footage was respectable in 360 headset mode. But the raw footage will look muted. Adding insult to injury, the 360 players at YouTube and Facebook compress the footage even more. This was evident in the sailing video I posted previously. Be sure to change the YouTube setting to the highest quality available. The default setting looks miserable.

Shooting 360 may not seem like a good move right now, but the cameras keep coming and the quality keeps improving.