Produce A PSA For TV and Online Distribution 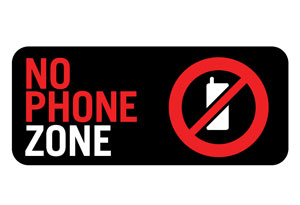 Oprah will help you produce a PSA

PSAs Are Not Just For Television

With the vastness of online video, more Public Service Announcements (PSA) are being made than ever before. Most are intended for TV, but are also found around the web. Some are made as parody videos, hoping to go viral. The variety of topics is surprising. This PSA warns baggy-pants wearers that wearing their pants “hip-hop style” with underwear exposed could invite a $300 fine or put them behind bars. PSA directed at baggy-pants wearers.

Produce a PSA with Oprah

Oprah is upset by people who text while driving. And she’s launched a campaign about it she calls the No Phone Zone. She invites viewers to make their own 60-second PSA to promote the cause of no texting while driving. To help you do this, she even offers an online video editor to combine your media with Oprah’s voiceover, footage, music from The Oprah Winfrey Show and the No Phone Zone logo. Read more at Oprah’s No Phone Zone Campaign.

Google the best public service announcements to get some inspiration and see the variety of PSAs out there. Your PSA doesn’t need to appear on network TV to give you high visibility. Make a very funny one that supports a good cause and you could find yourself with millions of views. Some PSAs gather many more views online than they ever would on TV.

The Huffington Post has collected some wonderful PSA parodies which may give you some good ideas.

What Is A Public Service Announcement?

Public service announcements, or PSAs, are short messages to promote the cause of non-profit agency dedicated to helping people. Typically PSAs are sent out to TV stations as ready-to-air video. As some of the examples above demonstrate, they can be minimalist productions with a simple but very important message, or they may be slick, high-production value videos with budgets to match.

While TV stations are not mandated by the F.C.C. to air a prescribed number of PSAs, they are required to prove they broadcast in the public interest and airing PSAs is one way to do so. Most stations donate about a third of their commercial spots to non-commercial causes. So if a station has 18 minutes of commercials in a given hour, six minutes of that will probably be devoted to PSAs. But unlike commercials, you never know if or when your PSA will air.

PSAs Appear So Many More Places Than Just TV

You can put your PSA on your website, the website of your non-profit client, YouTube, Vimeo, local public access TV stations, your state’s PBS station, Facebook, Google+, LinkedIn and many other places. In most cases they can be credited to or your company name e.g. Acme Video Productions.

Unless it’s a parody, a PSA for TV must be for a nonprofit organization rather than a profit making business. It helps if the idea or cause is clear and easy-to-understand. It also helps to have good contacts at the station to get your PSA on the air.

Choose stations most likely to be viewed by your target audience. In a small market, call or better yet meet with the station manager, or with the person who’s responsible for choosing PSAs for broadcast. Ask about their requirements for PSAs. What format do they prefer, what is their preferred length, when to submit them, etc. Like

TV commercials, PSAs usually have very specific requirements. For instance many stations require that a 30 second commercial be 29 seconds and 15 frames.

Never send the protection master to the station. Label the tape or media including the spot title, spot length, with a “TRT” (Total Running Time) on the master.

Always include “bars, slate and tone” on your master so stations do not have to calibrate their equipment to their broadcast standards.

Chances are you will be asked to meet the same requirements as a TV commercial. Don’t guess. Ask the station. See Broadcast Requirements for Commercials and Infomercials.

Keep the language simple and vivid. Make every word count. Make the message crystal clear. Use the right “hooks” (words or phrases that grab attention). It can be funny, shocking, emotional or thrilling. To be most effective, local PSAs should usually request a specific action, such as calling a specific number to get more information. The goal is for viewers to do something as a result of having seen and heard the PSA.

Choose a simple, easy-to-understand main point. Don’t try to sell too many different messages. Choose one or two at the most.

Brainstorm. This is also a good time to look at the PSAs that others have done for ideas. Explore ideas with friends about ways you can illustrate the main point(s) you’ve chosen. Try to include members of your target group in this process. If you’re aiming your PSA at new parents, for example, be sure to invite some new parents to join you in brainstorming.

Accuracy is vital. Check and verify the facts. Be sure the information is not dated.

Get it right on paper first. The script is the key to a good commercial. A good script is a tool that will help you enlist actors and other production people to work on this project pro bono.

Make sure you have proper releases from everyone who appears in your PSA, make sure to use royalty free music or have cleared the music rights. Making a legal mistake in a popular video can set you back a lot.

If your PSA represents a government agency, you must provide close captioning.

A PSA should be accompanied with the following information:

How long should the PSA run. For instance,

Length of the PSA

What agency or group the PSA is for

The Title of the PSA

Getting it on TV

It is not enough to just produce a PSA, it must get air time. This may be a job for a representative of the non-profit, but you can certainly be a part of the effort. Getting a PSA aired on television is highly competitive. Start by calling the station to learn who is in charge of selecting PSAs to run. Depending on the size of the market and the structure of the particular station you’re dealing with, your contact person could be the public affairs director, traffic director, program director, promotions manager, or the station manager.

Then call and ask to make an appointment to talk about the possibility of airing your PSA. Be on time, and bring a ready-to-air copy of the PSA, the script, as well as information about the non-profit organization, including proof of the group’s tax-exempt status as well.

Be gracious and professional. A station that runs your PSA is doing you a big favor so don’t act pushy or unappreciative. This is a good opportunity to get to know a significant video person in your community. When the spot airs, send a thank you note.

Helping Yourself By Helping Others

The PSA must avoid any commercialization including logos or bugs of a for-profit company. Your reward, aside from helping a worthy non-profit, is in showing the PSA in non-TV venues such as your website, your client’s website, YouTube, Vimeo, etc, etc. In those places, it is proper to say: “This PSA was produced by Acme Video Productions” and include a link to your site. Your company name should not be used in the video, but it can certainly be used in the description of the video on YouTube and other places.

Producing a free video does not entitle you to take a tax deduction. That is explained more fully in “The Virtue of Producing Pro Bono Videos”.

Produce a PSA for the good it will so and you may find it helps your video business.