What Every Producer Needs to Know about Adobe After Effects 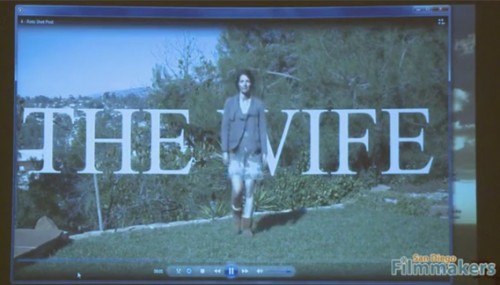 After Effects, also called AE is the flagship program for motion graphics. It can animate, alter and composite media in 2D and 3D space. 2D designs created in a program like Illustrator can be brought in, animated and manipulated to create a motion graphics piece. If you can imagine an effect, After Effects can most likely help you create it. There are hundreds of third party plug-ins for After Effects that can easily create effects in AE with particles, blurs and lots more.

This program has some very important capabilities that every video producer should know. It may not be appropriate for you to learn it. Learning AE doesn’t fit all producers. In fact some producers rightfully say, they would never spend the time to get good enough to do much with it, or they don’t want to learn it, etc. A producer, after all, only needs to get the job done, not necessarily by mastering and performing all the various disciplines involved in a high level video production.

It’s very much in your interest to develop a couple of relationships with motion graphics artists who are skilled at AE. Developing these contacts becomes what I call your Golden Rolodex (For more information see the Professional Video Producer course.) So far this is all pretty straightforward, but one thing many producers don’t do is learn what can be easily done in AE and what cannot. You don’t have to know how to change the sky, remove a mic boom from a shot, correct shaky footage, etc. But you do have to have a sense about what kinds of things you or a motion graphic artist can do quickly (inexpensively) in AE.

There is some help I can offer you right now. A group of filmmakers contacted me about their listing. While I was including them in our directory of Video Associations, I discovered a video of Eric Addison who was demonstrating some of the most useful capabilities of AE. The video is over an hour, but I think you will enjoy it as I did and I know it will help you understand some the things an AE artist could do for you. If after a shoot, you later found a logo or boom shadow that shouldn’t be there, After Effects can crop it out.

Introduction to After Effects and Post Production from San Diego Filmmakers on Vimeo.

If you are going to be any kind of green screen work, you may want to explore some of the other software tools he demonstrates.
Some of the techniques may seem more appropriate for a feature film, but these same techniques are often used in high end corporate videos. I’ve seen an After Effect artist use the program in a wedding video to remove a person that should not have been seen in a particular shot. And if you work with an After Effects artist on a couple of jobs, you may decide you do want to try your hand at it and get the program.
Some other sites of Motion Graphics artists: